70 years of freedom and independence, today we are the youngest country in the world. We are supposedly the fastest growing economy today. Since 1947 we as a nation have grown in leaps and bounce. The world is looking at us for the future. There is no field in which we are not making our presence felt.

But there is one section of people which has received the least attention from the society, government and even nuclear families. To an extent that this section hasn’t even had a proper count or census.

The section I am talking about is of the people with disabilities. Years ago when I made my first trip up north to the Himalayas, which was my first major tour. Back in the 90’s inclusion was a hardly heard term and accessibility was unheard of. My father and brother had their hands full in carrying me in the mountains.

Over the years things have changed for the better regarding education and employability for the differently abled. But when it comes to travel, things have hardly changed.

If you go by a famous kannada saying “knowledge can be gained but experience can only come when one travels. But in a country like ours where awareness is being created only in recent years, how can one expect the differently abled to find ease in travelling.

The ever smiling Ashwin Karthik on one of his travelsThis is true to such an extent that even a short travel in the city to a shopping mall gets taxing most times. This is not only because the building isn’t accessible or wheelchairs aren’t available. But also because people are increasingly growing insensitive! For example though there are reserved parking for vehicles of people with disabilities. There are others who so ignorantly or arrogantly take those parking places.

Another instance where I saw insensitivity in people was when we travelled to Trimbakeshar temple in Nasik. The iconic temple is a historic structure and hasn’t been re-built to make it accessible due to religious sentiments. People advised my family to get me a sight of the lord in the temple if they wished my disability to be cured.

They did not realize that their comments would push the limits of my family and put their mental and physical strengths to get me sight of the lord.

It is even sadder for adventure lovers like me who cannot perform adventures like bungy jumping, river rafting, sky diving in the existing environments in India.

Fortunately teams like Planet Abled have initiated planned tours and adventure activities in various parts of this vast nation. Including river rafting in the mighty Ganges or a tour to a Jim Corbett national park or to gigantic Himalayas!

The team believes that travel isn’t a privilege but basic human right of all people regardless of they being differently abled or not. They say “They want to provide an inclusive tourism platform where people with different disabilities and without medically proven disabilities travel together, breaking all barriers and social inhibitions,”

Food for thought shouldn’t all of us play a small role in creating an inclusive India?

Ashwin Karthik is the first BE graduate with cerebral palsy quadreplegia, in India. Ashwin is the National Award winner which the GOI gives to felicitate persons with disabilities. An avid writer, Ashwin is an inspiration to many, including to his idol Sachin Tendulkar! He tweets at @AK1RULES 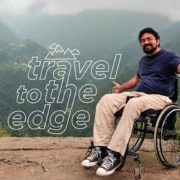 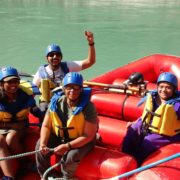 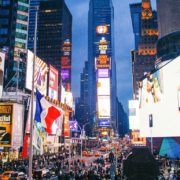 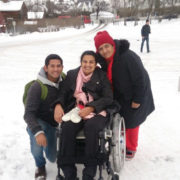 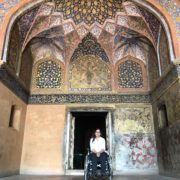 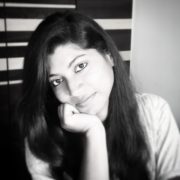 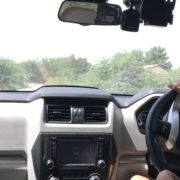 Road Trip with Windmills and Arks 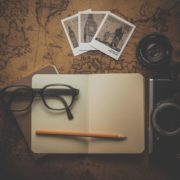 7 ways to travel when you can’t… and some!
1 reply

Memory Which Will Remain With Me All My Life – Pranav Lal

Start of my accessible travel journey, many more to come
Scroll to top